"We won’t withdraw our strike, unless the government withdraws and reconsiders the plans."

The participation rateof the strike by the Korean resident doctors is 69.4%..." We won’t withdraw our strike, unless the government withdraws and reconsiders the plans."

With ongoing strikesby the Korean resident doctors from Aug. 23,it was shown that seven of ten have participated in the strike. The residents said they will withdraw the strike if the government withdraw and reconsider the policy of increasing the number of medical students.On Aug. 24, the Ministry of Health and Welfarestated based on the survey result of training hospitals that the participation rate for 8,679 residents in 151 training institutionswas69.4%(6,021 people).In Korea, there is a total of 244 training institutions including 210 hospitals and 34 non-clinical institutions such as medical schools and the number of residents is 16,000.

Previously, Korean Intern and Resident Association(KIRA) has opposed to the plans toincreasethe number of medicalstudents, set up a ‘public medical school’, apply insurance coverage for herbal medicine, and allow telemedicine. On the 21st, the interns and the fourth year residents started to go on an indefinite strike. On the 22nd, the third year residentsparticipated and on the 23rd, the first and second year residents stopped working.

KIRA said“The proposal of the government only included the expression that they will discuss the policy of expanding the number of medical students and establishing the public medical school throughout the process, but it was not about withdrawal nor reconsideration. There isn’t even anymention of its plan regarding the insurance coverage on herbal medicine and the combination of oriental medicine into the current medical systems.

KIRAalso said “We won’t return and we will take group actionsunless the governmentpropose its plan that everyone can accept,“and went onto say that “we will not lose the momentum leading  the group action resulting in all healthcare providers giving the unified opinion and making the residents leave the hospitals, and we will not forget the determination that the medical school students nationwidecancelledthe national examination and submitted the applications for leave of absence.”

However, KIRA said they plan to organize ‘residents’ volunteergroups for Covid-19’with the cooperation of Korean Medical Association(KMA), but they didn’t mention aboutreturning to ‘hospitals, emergency rooms and ICUs.' 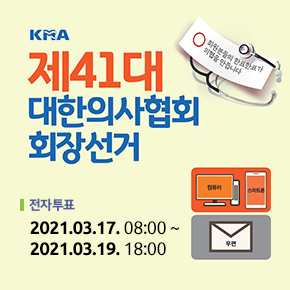