The Suspicion raised on 'DoctorNow’ at the parliamentary inspection 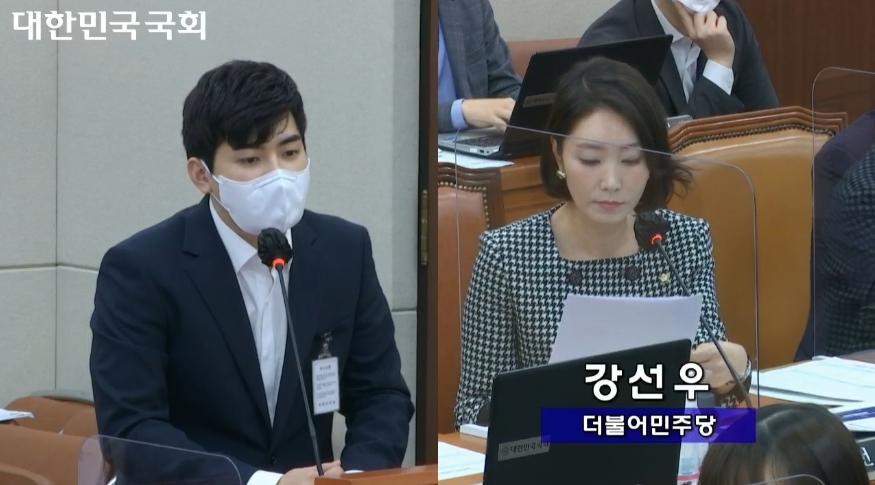 -the delivery pharmacies and the illegal advertisement on prescription based medicine are on the chopping blocks
-Rep. Sun Woo Kang, Democratic Party of Korea “affiliated pharmacies are located in the logistics center of the deliver yagent”
[관련기사=국감서 닥터나우 '자체 배달약국' 운영 의혹 제기...전문의약품 광고도 도마]
[MedigateNews] A suspicion has been raised at the parliamentary inspection of the health and welfare committee Oct. 6 that ‘Doctor Now’, a platform vendor for non-contact medical care, directly manages the delivery pharmacies. Aside from this, ‘Doctor Now’ was severely crucified for issues such as an advertising of prescription based medicine that may be in violation of current law.

Rep. Sun Woo Kang of the Democratic Party of Korea put forward an allegation at the parliamentary inspection that ‘Doctor Now’ is ignoring the guidelines for a non-contact medical care platform, which should be obliged to reveal affiliated pharmacies to the public, and it may be also because ‘Doctor Now’ is managing the delivery pharmacies directly.

Last July, the Korean government conducted administrative investigations into three non-contact delivery pharmacies which are aligned with ‘Doctor Now’ and confirmed that two of them were not traditionally in a place where the pharmacies could be located.

In addition, he said “the government will request an investigation for this issue. ‘Doctor Now’ is depriving the patients of an option on their pharmacy and it is questionable whether they have plans for this type of delivery pharmacy.”

Mr. Jang, the CEO of ‘Doctor Now’ has explained about Rep. Kang’s comments as follows: “In the egg, we opened it to the public for all affiliated pharmacies, but they have asked us for non-disclosure it for various reasons. Therefore, it has been reformed to open the affiliated pharmacies to the public after medical treatment nowadays, and we will make more effort to promote health for the people in the future.”

The illegal advertisement which could be in violation of the Pharmaceutical Affairs Act from ‘Doctor Now’ was an object of public criticism. It is said that ‘Doctor Now’ has been advertising on the dodge through the SNS by changing only one letter for the product name of certain prescription based medicine.

Mr. Jang said “A handful of cases have been reported but we will clean up this act in the near future.” However, Rep. Kang has censured him as follows “Doctor Now is still ignoring these related regulations, although the Ministry of Food and Drug Safety already has sent Doctor Now the official letter about prohibiting advertising on prescription based medicine last July”.

Rep. Hyun Young Shin of the Democratic Party of Korea has pointed out the indiscriminate and sharp practice on advertising of prescription based medicine. She said “This issue is a typical example of a moral hazard problem. For example, one of the clinics in Jeollabuk-do Province has made unjust claims for a total of 3 billion won, 18,000 cases by promoting for prescribing acne medications cheaply through Doctor Now.”

Mr. Gyu Hong Cho, Minister of Health and Welfare said “The irregularities for this platform will soon lose the public’s trust. We will impose sanctions according to the current law in case of violation of the Pharmaceutical Affairs Act.”
By Min-sik Park